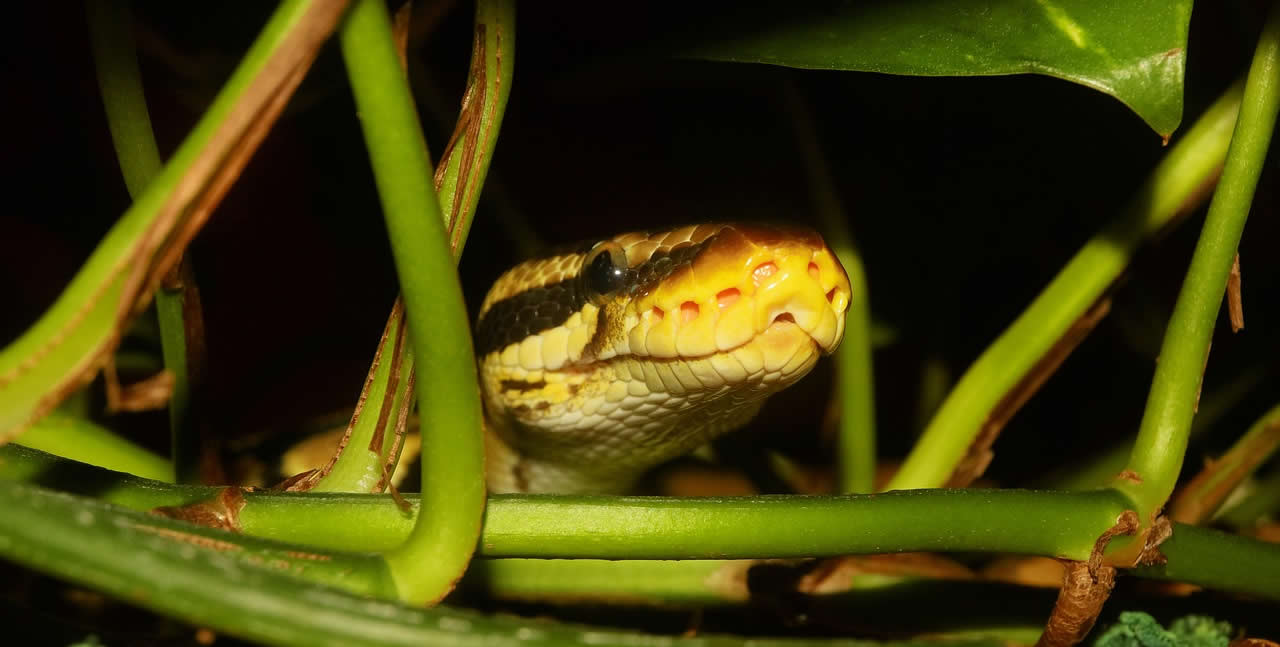 According to this report on the Wandsworth.gov.uk website, three young Royal Pythons were found slithering around the Battersea area in June 2017, including one in Chelsea Bridge Road. It’s thought that they may have been released into the wild by their former owner, who either released the juvenile snakes after deciding they didn’t want to care for them, or simply placed the eggs in the area before they’d even hatched.

Eek! Are These Snakes Dangerous?

For snake lovers, pythons are a favourite pet due to them being quite small, easy to handle and relatively docile. When in captivity, they can live for up to 20 years and will typically eat small rodents. Due to their good temperament, it’s uncommon for them to bite, although you may get nipped if the snake feels threatened or distressed. Most importantly, they’re NOT venomous and Royal Pythons don’t grow large enough to pose a danger to humans (unlike their relative, the reticulated and Burmese python, which can grow large enough to constrict a human).

In short, the pythons found in the Battersea area are non-poisonous and aren’t regarded as dangerous.

What Should I Do If I Spot One?

According to the article, Inspector Stephen Biggs of Wandsworth Parks Police said: “If anyone has information about this we would appeal to them to come forward. We have found three snakes so far and while they do not pose a threat to humans it’s important we establish if there are any more”.

He also made an appeal to the owner to come forward so that they could ascertain the number that had been released so the authorities know exactly how many snakes they should be looking for. Inspector Biggs also expressed concern for their welfare as the snakes would most likely be very frightened in the non-native environment of a London Park, and are unlikely to survive for too long.

Generally speaking, the frightened snakes will curl themselves into a ball if approached and can be easily picked up – However, we don’t recommend you do this if you spot one; use the contact details above instead!

Previous Snakes in the Battersea Area

Stories like this aren’t new – Back in August of 2015, The Telegraph reported on a python being captured in King George’s Park, Wandsworth, South London and in September 2017, a jogger found a python in Battersea Park, just three months after a similar find of a 3ft python in the same park.

It seems unlikely that these stories concern snakes that are actually breeding in the area as the UK climate would be unsuitable for them in winter. Their ‘basking zone’ ranges from 30 to 32 degrees C, and at the cooler end 24 to 26 degrees C, so don’t expect to see any when you’re having a snowball fight in the park!

We’re a long-established waste management company that’s out and about clearing Battersea’s unwanted junk, and we love blogging about local events.