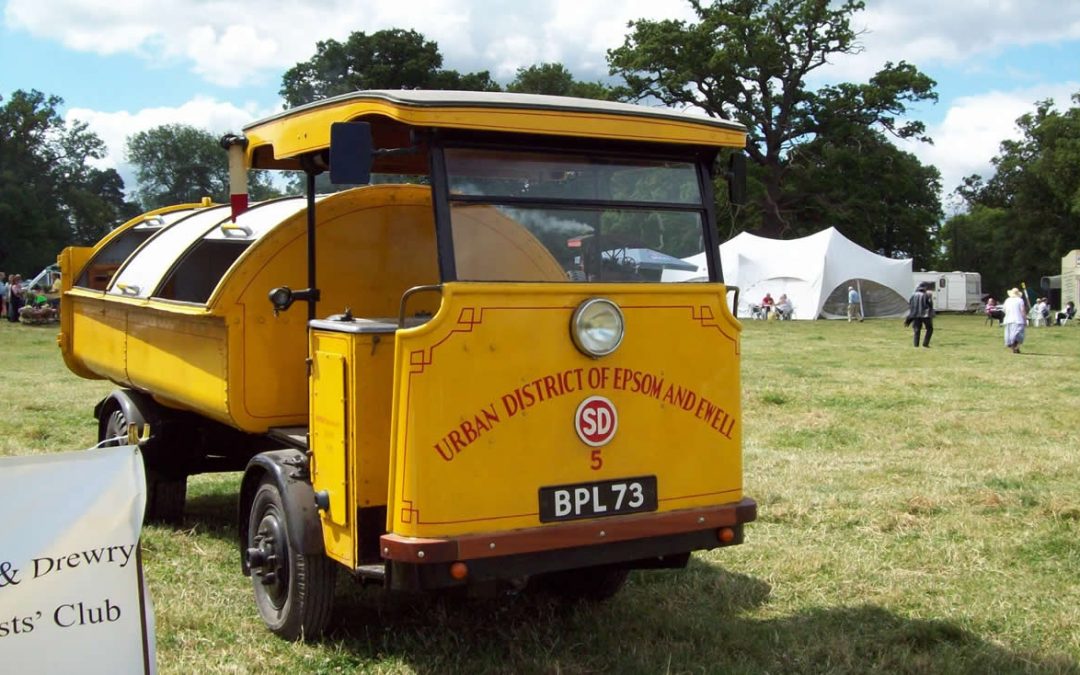 After dealing with all kinds of junk and bric-a-brac for over a quarter of a century, we’ve learned a thing or two about rubbish removal throughout London and one thing we’re certain of is that all living things produce waste, even plants. In particular, where there are humans, there’s waste material. For as long as we’ve been around on this planet, we’ve made a habit of generating piles of unwanted garbage. As we’re essentially social creatures who tend to live in groups, the rubbish we create can’t be left in the areas where we gather to eat, sleep and socialise. Even way back in the Stone Age, waste pollution had to be dealt with; from animal bones and fire ash to unused building material, it all had to be moved away from the main area of habitation.

This moving of rubbish to an external site far from camp was, in essence, the first type of waste management by early humans. According to Professor Roberta Crowell Barbalace, archaeologists have found evidence of waste management activity by Native Americans in Colorado that dates back as early as 6,500 BC. According to Barbalace, they produced over 2.4 kilograms (5.3 lbs) of waste every day. This may not sound like much, and despite it only being a small clan settlement, it still equates to almost a tonne of rubbish per year. This obviously couldn’t be left to rot where they ate and slept so it had to be transported elsewhere. Even back in ancient Greece around 500BC, there were regulations that stated that waste had to be moved over a mile away from the city. The long and short of it is that waste management is not a new thing that’s exclusive to modern times.

A little closer to home and fast forward 2,000 years to London in 1665 and we can see how the problem of poorly managed waste solutions contributed to the outbreak of The Bubonic Plague, which wiped out a quarter of the population in just 18 months. Sanitation was non-existent and there were open drains in the centre of many streets. Throwing human waste and rotting food out of windows was commonplace and as you can imagine, this created quite a stench in summer! The scant waste management efforts that took place involved “rakers”, who were employed to literally rake the worst of it up so it could be dumped not far away, just outside the city. Of course, it just continued to decompose there and the smell would waft back into town.

Despite a range of other serious illnesses such as cholera and typhoid fever being prevalent, not much was done until many years later. At the coming of the Industrial Revolution in the 18th Century, London’s population exploded which compounded the problem of waste pollution in the city. It wasn’t until 1752 that things began to gather pace when a prolific writer of the time and English official, Corbyn Morris wrote:

As the preservation of the health of the people is of great importance, it is proposed that the cleaning of this city, should be put under one uniform public management, and all the filth be carried into lighters and conveyed by the Thames to proper distance in the country.

It wasn’t long after this in the late 18th century that London’s first solid waste management systems began to evolve. This happened at the ‘dust yards’ of the day, which were the early equivalents of modern waste management sites. Dust yards began to spring up to deal with the ash that was leftover from every-day coal and wood fires and although we don’t see it as valuable today, it certainly was back then. Collecting London’s fire ash was a lucrative business as it was one of the main raw materials used in the brick manufacturing industry and was also a very effective soil fertiliser.

Other waste would be collected by rag and bone men (also called ‘grubbers’) who made a living collecting anything of minor value that they could sell. For example, if a rag and bone man could collect (and dry) decent white rag in good condition, he could sell it to local cloth traders for around 2 to 3 pence per pound, with coloured cloth fetching about 2 pence per pound. Old bones would also fetch a similar price and were sold on to merchants to make soap. The bones could also be used to make ornate handles for cutlery, toys or ornaments. If treated, the bones also had scientific value as they were commonly used in the field of chemistry.

This system worked relatively well up until the middle of the 19th century when the resale price of dust collapsed. Because of this, something was badly needed to take its place to keep London clear of rubbish. It was at around this time that prolific social reformer Edwin Chadwick made a case in his hard-hitting report regarding sanitary conditions, not just in London, but further afield too. He wrote: 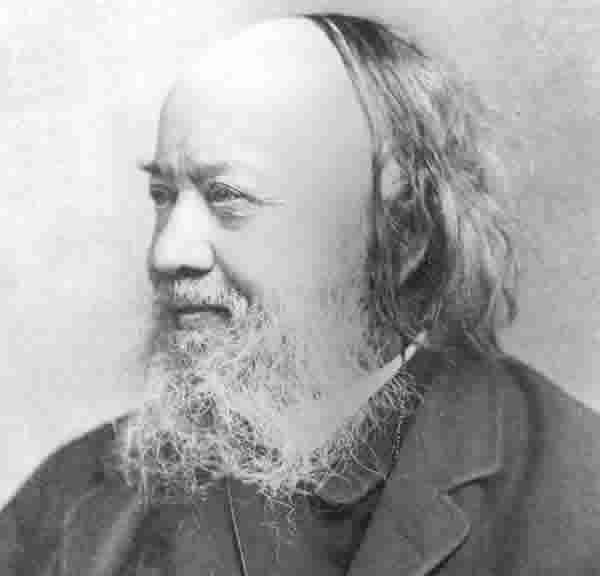 That the various forms of epidemic, endemic, and other disease caused, or aggravated, or propagated chiefly amongst the labouring classes by atmospheric impurities produced by decomposing animal and vegetable substances, by damp and filth, and close and overcrowded dwellings prevail amongst the population in every part of the kingdom, whether dwelling in separate houses, in rural villages, in small towns, in the larger towns — as they have been found to prevail in the lowest districts of the metropolis.

That such disease, wherever its attacks are frequent, is always found in connexion with the physical circumstances above specified, and that where those circumstances are removed by drainage, proper cleansing, better ventilation, and other means of diminishing atmospheric impurity, the frequency and intensity of such disease is abated; and where the removal of the noxious agencies appears to be complete, such disease almost entirely disappears.

Once again, London’s rubbish removal problem was a hot topic as diseases like cholera were still rampant. This caused yet another debate on public health which finally led to the first consolidated legislation regarding the problem. Following Chadwick’s groundbreaking report, The Sanitary Condition of the Labouring Population in 1842, change was finally about to take place.

To summarise, Chadwick suspected that there was a link between the living standards of the poorer population and higher rates of disease. His self-funded report recommended that the government of the day should step up to the mark by providing cleaner drinking water and an effective drainage system to clear away waste. He also suggested that local councils provide a coordinated rubbish removal system much like we see today on our streets. He cleverly encouraged the government to act by suggesting that better health and living conditions for the poor would lead to greater productivity and work efficiency.

Work began on a temporary Act in 1846 and after several revisions, the Nuisance Removal and Disease Prevention Act of 1855 provided a practical blueprint for health and waste management in general. In December of the same year, The Metropolitan Board of Works (MBW) was created specifically for London to consolidate and coordinate not only the management of waste but also other important services such as street lighting, the sewage system and the Metropolitan Fire Brigade.

Finally, in 1875, we see the more familiar Public Health Act, which made local councils responsible for providing residents with clean water, regular rubbish removal, public toilets and crucially, an effective sewer and drainage system. Plumbing systems today must follow strict standards, if you have plumbing and drainage problems we recommend that you hire a professional plumber to inspect your home.

The compulsory Act heralded the appointment of Health & Sanitary Inspectors as well as Medical Health Officers. Not only did this deal with waste management, but it also covered things we’re familiar with today such as Food Inspectors to check that shops were selling products that were fit for consumption and Building Inspectors whose job it was to ensure housing was constructed properly and to a minimum standard. Furthermore, it also made it compulsory for every household to put their weekly waste in dustbins (or ‘moveable receptacles’ as they were called).

Of course, with all the extra waste that was now being collected, the problem arose of what to do with it all. A quick and easy solution was to simply burn it in newly built incinerators (called ‘destructors’). Britain’s first incinerator was built in Nottingham by Manlove, Alliott & Co. Ltd. in 1874 and due to its success, more were constructed up and down the country. Right up until WW1, many large towns had their own destructor, with some also being able to generate electricity from the burning rubbish. This was often used to power sewer pumps and charge the batteries of the local council’s electric refuse collection vehicles which could mainly only operate on flat terrain due to the weight of the batteries.

The invention and spread of the local incinerators also heralded the age of modern recycling, with rotary screens being able to filter out items such as metal tin cans. Since the metal couldn’t be burned to generate electricity, it was easy to recycle by simply melting it down and recasting it. Of course, this was also far easier and more profitable than mining new metals; a process that has always been a costly business.

Then and now, virtually all metals are considered valuable commodities and most waste management companies are very keen to recycle them, especially components containing precious rare metals such as rhodium, and they’ll even pay you for the privilege! Even if you take your old scrap metal to your local council’s waste recycling centre, you’ll be required to dispose of it in a separate area specifically for metal and away from the other rubbish.

The Unpopularity Of Local Incineration

Of course, it was the same then as it is now; incinerators were unpopular due to the large amounts of smoke pollution that billowed from their chimney stacks and floated across town. When you add this to the smoke that was already being churned into the atmosphere from homes and coal-powered factories, town air was pretty thick and unpleasant to breathe. Understandably, with such an incredibly high level of pollution thickening the air, local residents weren’t happy!

From then to now

The evolutionary process of professional waste management continued, spawning new technology, new and innovative waste collection vehicles such as the Shelvoke and Drewry garbage collectors and, of course, new ways to dispose of rubbish i.e. “landfill”.

Today, we still rely on a combination of landfill, where our waste is essentially buried in a big hole in the ground, and incinerators. Alongside wind and solar energy, modern-day incinerators are used not only to manage waste by burning rubbish, but they’re also effective generators of electricity, and while they still create harmful fumes as a by-product, they are certainly more efficient than they were 100 years ago.

It goes without saying that despite having better waste management techniques than we did several centuries ago, we now produce more waste than ever before and have compounded the problem because of an increase in population size and an increase in the harmful products we’re now using such as disposable metal batteries, catalytic converters from cars and lorries, disposable nappies, wet-wipes, plastic bottles and so on.

It’s a sad fact that although we’re now better at managing and collecting our waste, we’re not so good when it comes to minimising the production of the stuff in the first place!

We’re a professional waste management company based in Central London with over 25 years of experience under our belt. We offer both skip hire and rubbish collection services to homes and businesses throughout London.